Greatest of them all : Bikeradar.com.  This site has quality reviews (tons of them actually) and all the news you could possibly want about the sport.  It’s mainly geared towards road and mountain biking and less to urban but it’s still the big daddy as far as bike sites go.  Most of their reviews are online republishing of magazine content which then becomes freely and permanently available (which is great…and green).  If you’re interested in cycling, you have to bookmark this one !

Fixed gear bikes have become very fashionable in many cities around the world.  Essentially paired down ultra low maintenance bikes first favored by bike messengers, they are characterized by a single gear, no freewheel, and often no brakes (which is quite dangerous but I guess part of the thrill).  I have never (yet) tried one but will be documenting the scene anyway.  To start with, here is a promotional video from Charge(a UK bike brand) featuring Juliet Elliot (one of their team riders) who does a remarkable job of explaining fixies and why they’re cool.  In my opinion, she’s really cool too

Let’s start our cycling video section with the most incredible urban trial video ever.  You have to watch this video of Danny Macaskill, 23 year old rider from Scotland, in action over a period of some months in Edinburgh.  This video, by the revolutionary nature of the lines of the rider, is a perfect example of what’s renewing cycling and making it so cool again.  It’s also a massive YouTube hit with more than 7 million people having viewed it already.

This is the bike that I purchased (after having read some great reviews about it) in London (where I live) as part of the government sponsored Cycle2work scheme.  It comes in at a magical 999 £ which is just under the 1000 £ limit of the scheme.  It’s a very pretty stealthy black bike (maybe a little too pretty and not stealthy enough considering the amount of bikes that are stolen in London) and it’s probably over equipped with regards to needs of cyclists here.  That being said, it rides nicely.  It’s light. It has a good set of brakes.  It’s strong and quite confortable while still being a fast bike.  The Continental Sport Contact tires are great and help deal with the uneven nature of London’s roads perfectly.  They also open up possibilities along the canals and bridle-ways as they are very robust.  The riser handlebars are too wide for traffic (but would be perfect on my Skin 1) and the saddle is nothing to write home about.   In a way, it’s maybe just a little too much bling for a true urban bike and will probably be higher maintenance (disc brakes, transmission) than more suitable and more discreet urban alternatives.  Also, the fact of being nervous of leaving it on the street (locked up of course) somewhat defeats the purpose of having an urban bike.  Other than that, it’s a really fine bicycle.

First true post about cycling : let me talk about the bikes I know best : the ones I own.  We’ll start with my mountain bike.  It’s a carbon fiber hard tail from Commencal called the Skin 1 and it’s truly a fabulous cross country bike.  It’s very light at a shade under ten kilos.  The carbon frame contributes to this lightness but the main advantage of carbon here is comfort.  Carbon dampens all the little vibrations that come up from the terrain much better then aluminum alloy does.  The relatively relaxed geometry of the bike makes for a fun ride (a Commencal trademark) that’s still very efficient although maybe slightly less racy then some of it’s competition.  Components are all very good with a great fork (Rockshox SID), good transmission (SRAM X0 and X9), a fabulous saddle.  Less good is the straight and not wide enough handlebar, which I will probably replace.

The ride is really good but it still is a classic hard tail bike.  As such, I’m not sure how good it would be if you spent all day in the saddle.  I use it mainly for 20 km 1 hour rides in the country, mostly rolling hills, fields and forests.  Here the bike really shines.  For me it’s the ideal “fitness/sport” oriented mountain bike and I’m very very happy with it. 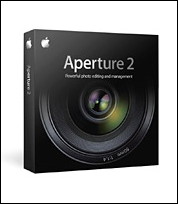 With the tremendous functionality of all the software that comes included with every Mac (the iLife suite), one tends to forget that Apple also makes pro versions for more serious users. Aperture 2 is the pro complement to iPhoto and it’s a fabulous piece of software. In a nutshell, it’s workflow software for the serious photographer. Something of a digital darkroom. Priced at 199 € (or 199 $ in the USA), you get a whole lot more functionality than iPhoto gives you when it comes to tweaking your images. It’s all the more so if you’ve shot your images in the RAW format. In this case, it’s really amazing the degree to which you can correct and enhance the images you’ve captured. It’s also fast, makes great use of screen real estate, and very logical in the way it helps you work through many pictures fast (a problem we all face considering the free nature of digital photography).

Apple has made for Aperture a dedicated video tutorial site to get you to learn the whole thing quickly and efficiently. It’s very well done avoiding you hours of reading boring manuals. Online learning is now really a fact of life.

I’ll finish by saying that you can find all the information about Aperture here and that if you own a DSLR (a digital reflex camera) and are serious about your photography you should buy this. 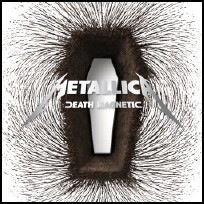 The lords of metal are back. After more than 15 years of absence… Yep, 15 years ! How can I say this when there were three studio albums in those 15 years ? Well, Load and Reload were more Southern Rock than metal andSaint Anger was just angry and pathetic (and with the worst sound of all their albums). So yes, I consider this their first album in 15 years. It should have been called Death Avoided. My review will be short and to the point : this is their best album ever 🙂 It has the most incredible speed metal riffs (courtesy of James Hetfield), the best drumming Lars Ulrich has ever done, fabulous solos and a bass you can actually (sometimes) hear. Overwhelming power ! It just feels like a giant kick in the ass !

I’m quite sure that loads of fans like me (Gen Xers in their late thirties and early forties) that had slowly drifted elsewhere had very low expectations for this album. Metallica had a clever site set up to wet everyone’s appetite. However, the album and it’s raw, boundless, fabulous energy still came as a total surprise. It is simply a must buy if you ever liked the genre !

Every once in a while, I find something that reminds me why I still like information technology and how much it changes our lives. Watch this fabulous video by Michael Wesch :

I’m from Gen X and, as teenagers, we would all sit in front of MTV (newly launched…) and watch videoclips. Some of these clips, regardless of musical style, went down to become true classics. Here’s one that everyone in his late thirties has seen and will definitely remember : “Gimme all your lovin” by ZZ Top dating from 1983. Relax and enjoy the stroll through memory lane 😉

A short review of the Hotel Gansevoort in Chelsea, Manhattan, New York. I’ve stayed at this hotel several times when most of my business was downtown. The rooms are the usual fare for this type of boutique hotel and the service is just as cold as the décor. Views from the rooms over the river are very beautiful and there is something to be said for the location (if you need to be in the meatpacking district). There is a fabulous japanese restaurant in the lobby. Biggest drawback of the hotel : the rooftop bar. This bar seems to be a trendy draw for the 18-25 crowd but having the lobby and elevators bursting to the seems from thursday night thru sunday is definitely not my idea of a zen hotel to stay in. Considering that room rates average 450 $ / night, I definitely do not recommend this hotel.