You will have gathered that I like Japan and I recently watched a french movie “Wasabi” that is worth mentioning here. It portrays elements of what fascinate me in Japan.

Wasabi stars Jean Reno and other less known actors. It’s about a an ex-secret service agent turned cop who 19 years earlier had fallen in love with Miko, a japanese counterpart, got dumped, and became bitter and never loved another. Upon being informed of her death, he also learns that this lady names him the executor of her will. Upon arrival in Tokyo for the funeral and the opening of the will, he finds out, to his great surprise, that he has a daughter, now 19, that Miko never told him about and that he has to take care of her until her 20th birthday (when she becomes an adult). Follows the building of a relationship between a tough but sentimental frenchman and a typical wild, very pretty but excentric japanese teenager. This while a group of Yakuza chase them to recapture 200 million USD that was stolen from them by the now dead mother. You get the picture. A nice little action oriented comedy feature.

What is interesting about this film is that it quite accurately points out what is specific (and bizarre to western eyes) about japanese youth. Japan puts a tremendous amount of emphasis on youth (even though it has one of the oldes populations on Earth). Youth is the time when everything is allowed and one does not need to conform or be governed by all the obligations of adulthood. Japanese teenagers never cease to surprise me by their crazy attire (everything is possible) and their seemingly endless freedom. They also spend their parents money like there’s no tomorrow. A contrario, by the time they reach the age of 25 and have integrated the workplace or for women, when they start having children, all trace of their former individuality vanishes to be replaced by a very dutiful, respectful and conformist attitude (and attire, which automatically becomes conservative). The cycle then starts again with a new generation. It is a very different way of functioning from our’s and forms the basis of the appeal of this film. Ryoko Hirosue, the actress who portrays the daughter, does a great job introducing us to the quirkiness of japanese youth culture and it all make for good comedy 😉 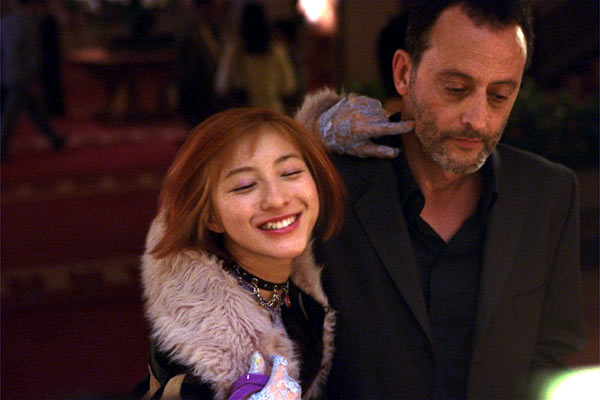